Quality & Professionalism At Its Best!

Looking for a Berkeley Springs plumber? If you’re experiencing Plumbing issues in Berkeley Springs, WV, you don’t need to worry any longer. Call Powell’s Plumbing at 304-263-4088 and let us handle the problem for you. Save on your next service with our exclusive deals and coupons.

SAVE BIG WITH OUR ONLINE COUPONS

Your kitchen sink, your bathroom, your shower, or anything else that connects to your sewer line is very important. It is pretty much impossible to get out of the house peacefully if any one of these are malfunctioning or running poorly. We care about these systems and your comfort. Nothing makes us happier than to leave your house leaving your system and its outlets running perfectly. No challenge is too big or too small for us.

Did You Know? We Also… 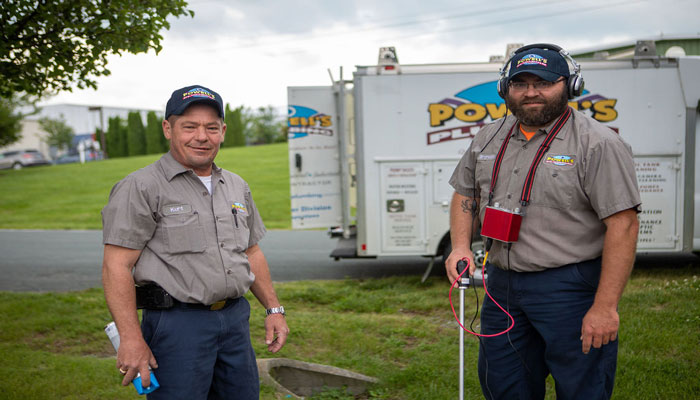 How can I prevent clogged drains?

Drains of all types are susceptible to clogs. When this happens, water will back up and not drain down the pipes. This can be caused by a number of reasons. The accumulation of grime will thicken and reduce the amount of water flow as the diameter of a pipe is decreased. Grime in this case can be any accumulation of hair, soap or foreign bodies not intended to pass through a home’s piping system.

The best way for cleaning a drain is first to do one’s best at preventing the drain from being clogged. This is best done by being aware of the byproducts traveling through a drain and making sure that products unrelated to the drain’s usage do not enter it. It will also require the use of a strainer. These strainers will help to stop larger accumulations of grime from flowing down into the pipes.

In extreme circumstances where neither of these have helped to prevent the clogging of a drain, you will want to give us a call. We specialize in emergency plumbing and are ready and willing to find a solution to your plumbing needs.

How can I prevent my pipes from bursting?

A burst pipe is caused by a pipe being over pressurized. Once a pipe is over pressurized, it can no longer withstand the pressure on its walls and in turn bursts in order to release a buildup of pressure.

The most common scenario related to a bursted pipe deals with frozen water. Water expands once it is frozen, and ice will continue to do so ever so slightly as it completely freezes.

In a piping system, the smallest expansion of ice calculated across an entire system will increase pressure against the walls of a pipe with a destructive force. At times, the effort of opening a valve at the sink to obtain water will shoot the pressure inside frozen pipes so high that they burst.

In other situations, homeowners actually find bursted pipes while returning home from vacation. You can prevent frozen pipes by shutting off water at its source when traveling. Insulation in a home and where pipes enter are a great help to maintaining above freezing temperatures.

What are the benefits of having a tankless water heater?

Water heaters provide a heat mechanism that heats water for use in a piping system. In common water heaters that utilizes a tank, water in the tank will have to fill the basin of the tank and then be heated. Because this can reduce the time availability of hot water, a tankless water heater is preferred.

In a tankless design, water is heated as soon as it is pressurized through a piping system for use. What this means is that hot water is usually not depleted from a tank. If a tank is depleted, water must first fill a tank and then be heated before used as hot water again. With tankless systems, this time factor is not needed.

If you are looking for professional plumbing services, contact us at 540-665-8196 . Our certified and trained professionals will be able to solve your plumbing problems and perform routine maintenance checks.

APPLY NOW
We use cookies on our website to give you the most relevant experience by remembering your preferences and repeat visits. By clicking “Accept”, you consent to the use of ALL the cookies.
Cookie settingsACCEPT
Manage consent

This website uses cookies to improve your experience while you navigate through the website. Out of these, the cookies that are categorized as necessary are stored on your browser as they are essential for the working of basic functionalities of the website. We also use third-party cookies that help us analyze and understand how you use this website. These cookies will be stored in your browser only with your consent. You also have the option to opt-out of these cookies. But opting out of some of these cookies may affect your browsing experience.
Necessary Always Enabled
Necessary cookies are absolutely essential for the website to function properly. This category only includes cookies that ensures basic functionalities and security features of the website. These cookies do not store any personal information.
Non-necessary
Any cookies that may not be particularly necessary for the website to function and is used specifically to collect user personal data via analytics, ads, other embedded contents are termed as non-necessary cookies. It is mandatory to procure user consent prior to running these cookies on your website.
SAVE & ACCEPT